A shoulder separation is the injury of the acromioclavicular or AC joint, considered as one of the major shoulder joints in the human body.

In shoulder separation, the AC joint articulating the acromion and the collarbone or clavicle is disrupted. A ligament supporting the joint is either stretched out or torn by an increased or overwhelming force. Thus, this condition is also known as the acromioclavicular joint separation, or AC separation. 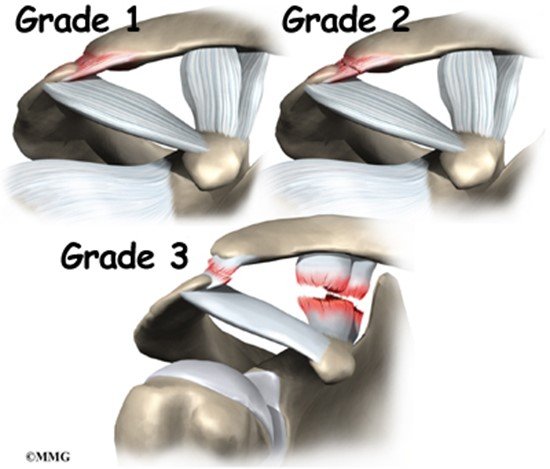 AC separations are graded and classified according to their severity and the damage of the ligaments involved.

Shoulder separation is usually obtained from falls or from direct hard blows to the shoulder. Falling on an outstretched hand, the force applied against the shoulder joint is too great for the supporting ligaments to withstand. The bones making up the shoulder are separated as the ligaments get sprained and torn apart.

Severe pain at the site of injury is the most common symptom of an AC separation. The pain is usually felt immediately after the trauma. The injured area is observed with bruising or swelling, most especially in grade 2 to 3 separations. A popping sensation resulting from the movements of the loose joint and a bump at the top of the shoulder are commonly seen in grade 3 separations.

In order to come up with an accurate diagnosis, the physician makes a complete physical examination. A medical history is obtained, concentrating on the mechanism of the injury. An X-ray is ordered to determine and assess the extent of the injury.

The treatment regimen of a separated shoulder mainly depends on the type and grade of the injury.  In uncomplicated and milder forms of acromioclavicular separations, it is initially recommended to rest the injured shoulder joint. A sling is usually applied to immobilize the area, allowing the pain and inflammation to subside.

The sling is also necessary to encourage healing and to avoid any joint movement that could aggravate the injury. An ice pack application on the injured joint for 15 to 20 minutes, at least three times a day, for the first 72 hours could greatly reduce the pain and the swelling. Over-the-counter pain killers and non-steroidal anti-inflammatory medications are prescribed to reduce the inflammation and the pain.

After the sling is removed, return to normal activities is gradually done. For the first few weeks, it is recommended to avoid crossing the affected arm or to do extreme motions using the affected joint. In order to achieve full recovery, it is advised to constantly adhere to shoulder strengthening and flexibility exercises prescribed by your physician.

A surgical procedure is usually indicated in severe shoulder separations. A surgery might also be necessary for an AC separation unresponsive to conservative treatments.  Reconstruction of the coracoclavicular ligament is commonly done to alleviate the signs and symptoms. The surgical procedure involves putting the displaced joint back into its normal position. A screw is used to temporarily hold the clavicle in place as the reconstructed ligament heals. The screw is usually removed after six to eight weeks. 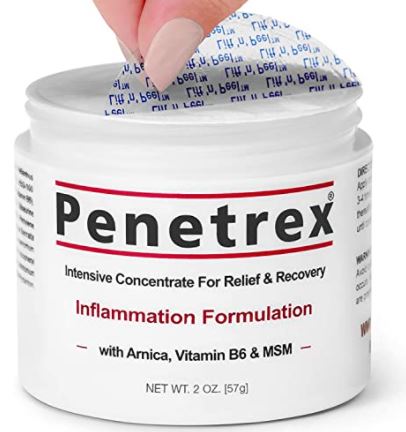 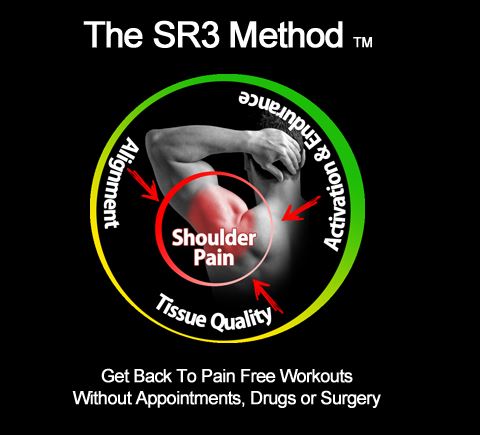 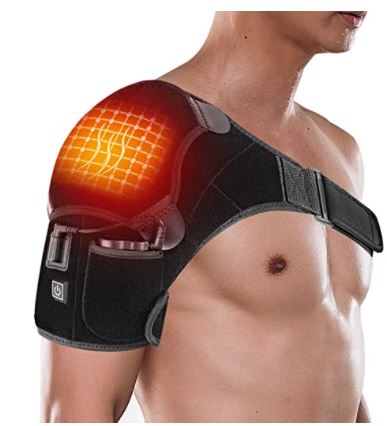 Which shoulder pain self massagers are best for muscle recovery?

What are the most helpful pillows for shoulder and neck support?

What are the most popular heated pads to help relieve tight and painful shoulders?